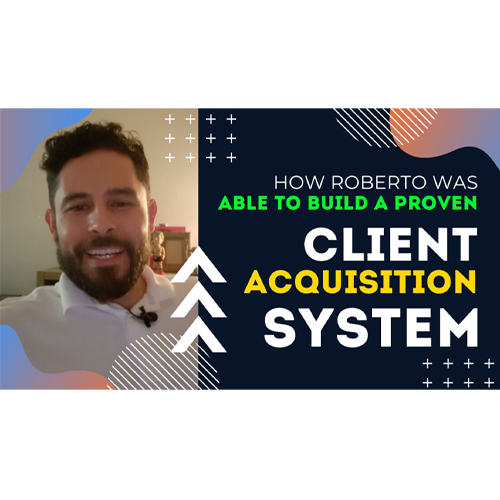 How Robert Was Able to Build A Proven Client Acquisition System

Roberto Cuevas owns a digital marketing company that helps HVAC businesses with the lead generation. He also owns a cooling company himself. When he came to Conversionly he was looking to get a proven client acquisition system not only for his HVAC company but also for his marketing agency.

Within days after Robert join he had a call with Zack and he was blown away by the systems that Conversionly developed. Robert says that he thought he had a pretty legit and sophisticated sales system already developed but once he got his eyes on the Lead to Close system he could immediately see the difference.

Robert was able to get his systems up and running very quickly and as soon as he hired his appointment setter they were able to start closing deals within a couple of days. The appointment setter was even upgrading people on maintenance plans for his HVAC company.