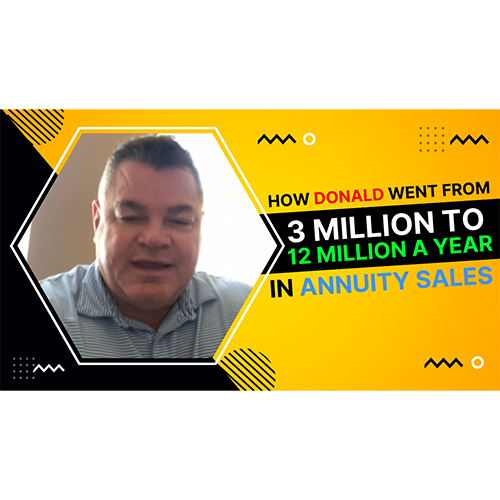 Donald works in the federal benefits and retirement industry. When Donald came to us he was doing a ton of manual outreach on his own. He spent hours and hours cold calling leads and sending out letters to prospects. Donald knew that if he kept doing hand-to-hand combat, he was not going to scale his business like he wanted to.

When Donald started, his main goal was to “duplicate himself” and send out more outbound messages and generate more leads. He knew to grow his business he needed to pump more people into his pipeline.

Donald was able to implement Conversionly’s proven system in his business to maximize his conversions at every step of the sales pipeline.

It took Donald just a couple days to implement all of Conversionly’s proven systems. Donald saw the immediate effects of being able to scale his business and add more income to his bottom line. Donald went from doing 3 Million a year in annuity sales to 12 Million!