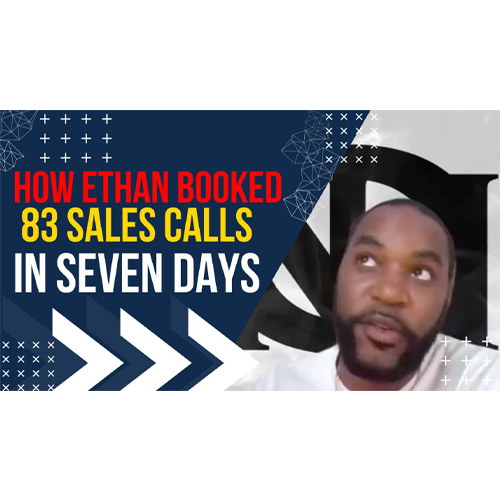 Before working with Conversionly, Ethan tried multiple marketing agencies and spent tens of thousands of dollars on gurus, coaches, and online courses. He was tired of spending hours watching tons of videos – none of which helped him move his business forward. Ethan’s biggest problem was that he had no consistent client acquisition process.

After signing up, Ethan worked with Conversionly’s marketing experts to dial in his offer and separate himself from his competition. With the guidance of Conversionly, he was able to create an offer so valuable that his ideal prospects felt silly saying no.

Conversionly then built a customized lead generation strategy to fill his pipeline with qualified opportunities. But it didn’t stop there. Conversionly also helped him dial in his sales and marketing systems so that 52% of the leads coming in were booked into sales calls.

Within seven days of launching his new client acquisition system, Ethan’s funnel booked 83 qualified sales consultations. He eventually had to turn off his campaigns because he was booked out for 30 days in advance.